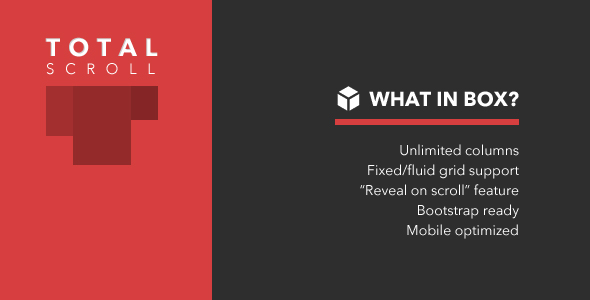 TotalScroll plugin was created for multicolumn websites and with it you can adjust your menu column or sidebar’s scrolling speed. Column scroll speed is set as a value between 0-1, where 1 corresponds to default browser scrolling speed. Also TotalScroll can control amount of offset for every column and prevent it from being scrolled too much.

Among other with TotalScroll you can make any column sticky simply by assigning a “ts-sticky” class; use its build-in “Reveal on Scroll” feature to add CSS3 animations to the content as you scroll down the page. Also plugin is fully responsive and works with most fixed/fluid grids

Photos used in preview are from https://morguefile.com